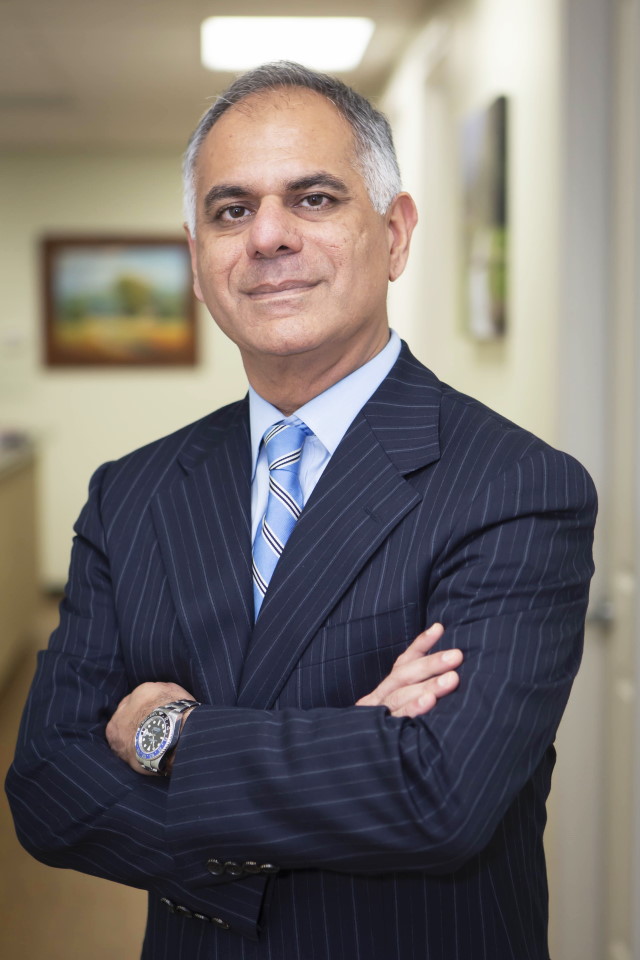 Dr. Iftikhar is a board certified general and interventional cardiologist who specializes in all aspects of cardiovascular disease. He received his medical degree from Dow Medical College in 1989 and did his internal medicine training at Baylor College of Medicine in Houston. After finishing he spent one year doing research in vascular biology at Baylor. During that time, he also held a teaching position with VA Medical Center in Houston.

His cardiology training was completed at Loyola University Medical Center and Hines VA Hospital in Chicago. He spent his last two years at Loyola receiving specialized training in coronary and peripheral interventions and was also the chief cardiology fellow. He has written and presented papers at many national conferences, including the Society of Nuclear Medicine and the Chicago Cardiology meeting.

Dr. Iftikhar has been named among the top cardiologists in Houston numerous times by "H" Texas magazine and a "Super Doc" by Texas Monthly for the past several years.

Dr. Iftikhar is the premiere cardiologist for the West Houston area. Call our friendly staff today to schedule an appointment.